For about the past fifteen years, or so, I have had my summers visited by the phenomenon of the whole fam-damily vacation. We all pack-up, come in from all over the country, and camp together as a tribe in some pre-selected place that will have us. The attendance numbers are generally around fifteen, sometimes more. Finding a place to house all of our clan can be a challenge sometimes.

We’ve been everywhere from the Outer Banks of North Carolina to Boston to Gettysburg, Pennsylvania. I have not always been able to attend because of business responsibilities, but duty called and could not be ignored.

While it is always great to catch up with family, there is always a backhand to this annual sojourn. The backhand is in the timing.

The end of July.

Every year I get back to chaos. I dread that first view of my little garden universe. It’s as though nature senses I am missing in action and ramps up the revolt to a degree that couldn’t possibly have occurred had I been there.

I view my work and get down to the business of rescue. Weeding, mowing grass, pruning tomatoes, tying up Brussels sprouts, pulling out plants that aren’t going to make it, and trying to halt insect damage that got a little too much of a toe-hold.

Everywhere I turn there is something that needs SOMETHING.

This year was a little different. To be certain, the mess was there. But something else happened. Actually TWO somethings happened. Good somethings.

First off, the tomatoes. Of course there were plenty to harvest. I got on that immediately, and as you know (if you have been following me), I weigh and count my tomatoes.

I harvested seventy pounds! Of course I was pleased with this, but I seemed to have had it in my mind that I still had a way to go to match my all-time seasonal yield of 687 pounds, 5 ounces. This was in 2015.

Then I had another thought. Memory is not an accurate measure of most things, so what I really needed to do was compare my season-to-date numbers to see where I TRULY was with this yield. This was quite an eye opener.

Here are the figures compiled for Aug. 5 for the past four years:

And here is the real bell ringer—Ding! Ding! Ding!

This was one part of the 70 pounds that was waiting for me. It's the "little" things.

Taking the calculations a little further, I discovered that I was 68 pounds, 12 ounces ahead of 2015, to date. I cannot account for this, but I am elated by it. It’s just the type of news that I needed to keep me moving.

It’s the little things that count. Ha. Just realized I made a pun there.

Now, the thing is, there is still no guarantee that the season will continue on in such a robust manner, but I don’t care. Let the cards fall where they may. I have learned to let go and let nature have her way (but not without one hell of a fight, naturally).

The other truly exciting thing that happened is this—I still have live zucchini plants! It is currently August 7th and I am still harvesting. This is epic. 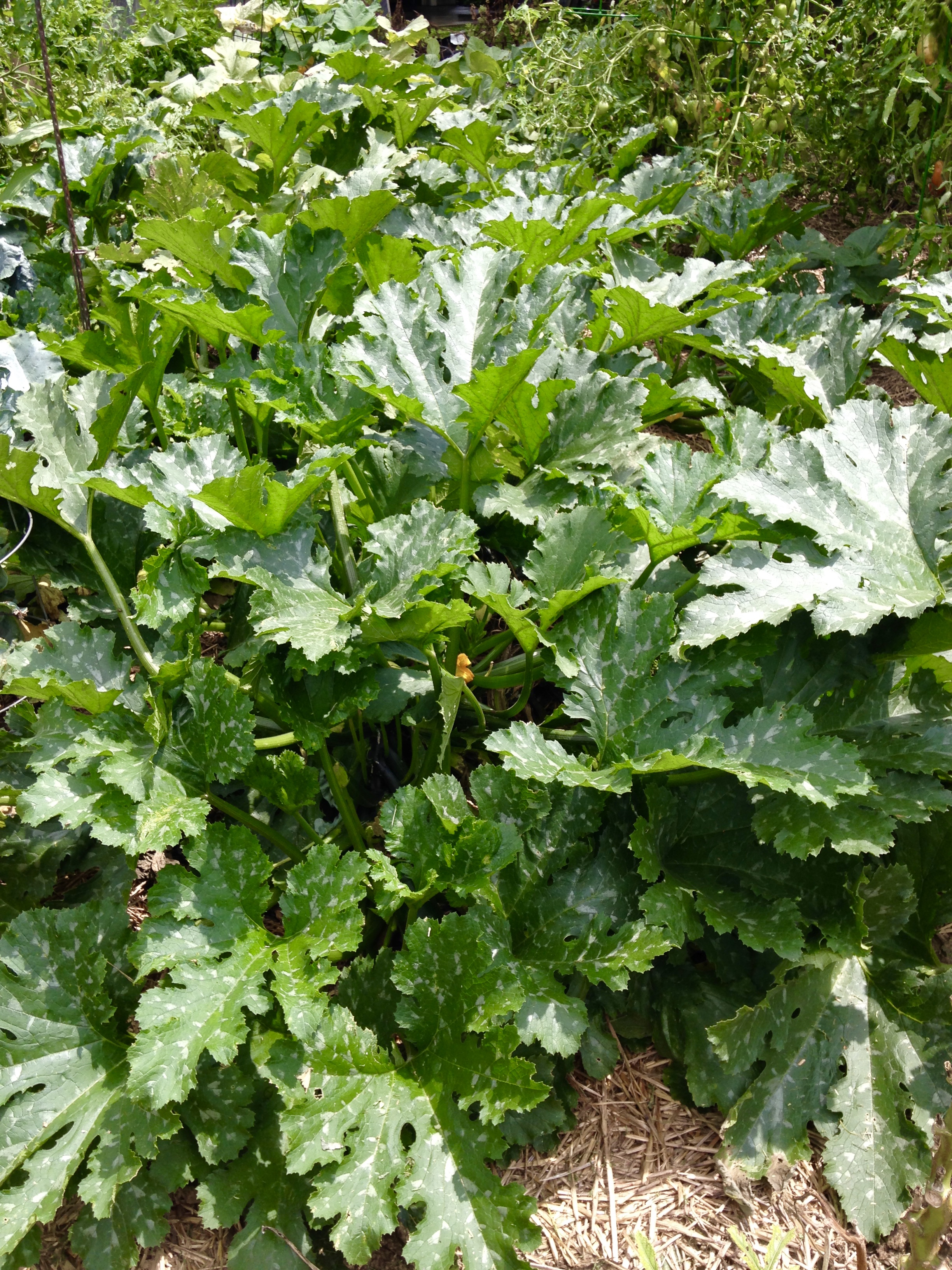 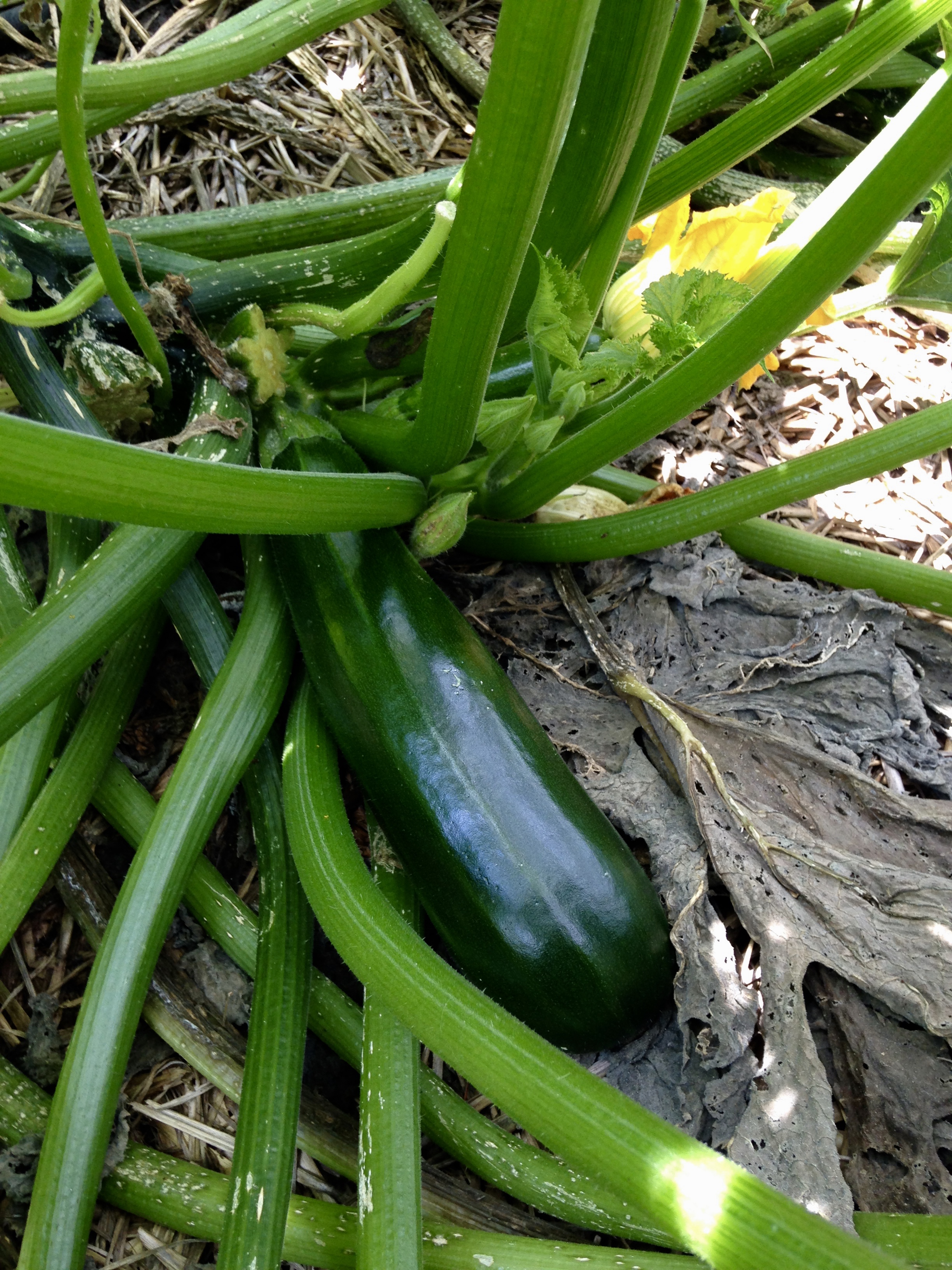 My plan with the neem oil soil drench, covers and careful monitoring and spot treatment with pyrethrin seems to have done the trick. Check here for a description on this method

But hold on now!

In reviewing this plan, I remember that I did one more thing that I didn’t attribute specifically to my battle plan for zucchini. Considering my success this year, I will have to take this into account.

For the first time, I applied beneficial nematodes to the soil. It was just something that I did on a whim, early in the season. I’ve tried similar things in the past, like Milky Spore, which is supposed to control Japanese beetles. It didn’t work. I actually had a worse problem with those damn beetles the next year after I applied the stuff.

It was this experience that caused me to poo-poo any real benefit from the nematodes. But, in the quest for garden domination, any experiment is worth the time.

Beneficial nematodes are microscopic little critters that attack soil born insects and larvae. They don’t take long to apply, you just have to decide to take the time to do it. I still have zucchini and this is the only thing completely new that I did.

Now, because of this, I’m not certain that it was my previous plan, the nematodes themselves, or the combination of the two! Now I’m going to have decide how to address this business for next year. My laboratory only has one run per season, so the stakes are high and the decision will be an important one. Well, it’s important if you’re obsessed with raising zucchini.

One other squash note: The Tromboncino squash, which I planted in an effort to have a full season of squash, any squash(!), is doing nicely, and if all continues to go well I should have enough squash to rival my tomato yields. That might be a little optimistic.

This trombone squash is 25" long!!

It will be very interesting to see how the season ends up, but most importantly, it is good to have my garden and myself survive the whole fam-damily vacation for another year.

The Zucchini War Opens Another Chapter